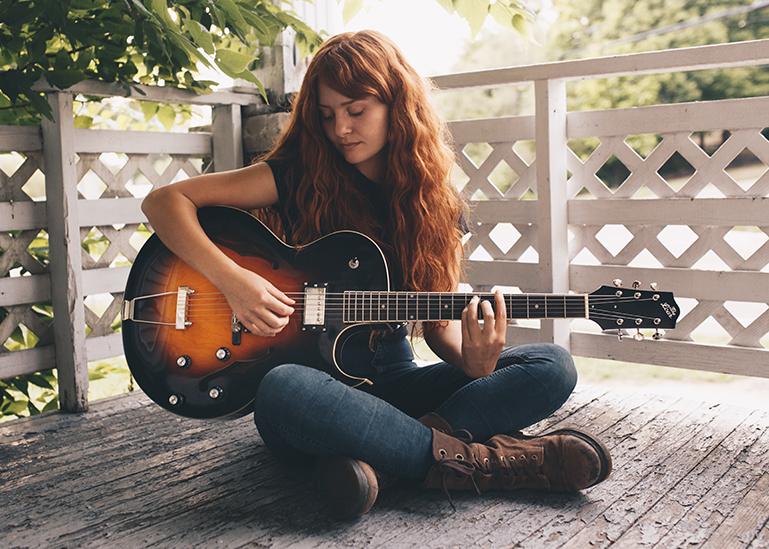 Out from the quiet orchards of Romeo, Michigan, Libby DeCamp has spent an adolescence in close companionship with bodies of music and literature, among hinterlands of horses and history. Driven by a will to connect on a raw, human level, DeCamp makes dusty folk and roots-inspired music with a lyrical edge, delivered with a haunting vocal closeness that reaches listeners of all kinds. Once dubbed "The Thoughtful Rambler," Libby’s writing stems from fervent ties to both the American condition and tradition, marking its space in the new era of the folksinger. Moved in the classic three-piece fashion and dabbling in an array of genres, the soundscape is captivating; innocently dark and best described as "Broken Folk."

Speared by her debut six-song EP titled "Cross Sections," released in March, 2016, the 22-year old has rigorously performed both within her home state and broken into the national market with no time to waste, taking her three-piece (borrowing Adam and Brandon Schreiber of Jack & the Bear) show on the road extensively. Grammy award-winning producer Oz Fritz notes, "The warm sound and seductive grooves of Cross Sections makes you want to listen, it draws the attention in…" Her works have scored multiple placements MTV hit shows, and continue to peak interest with spacial, provocative recordings. Becoming rooted in Detroit, MI, Libby travels on, in preparation of her anticipated full-length debut album, to be recorded at Prairie Sun Studios in Cotati, CA.  “Cross Sections” is now available on all major music platforms.