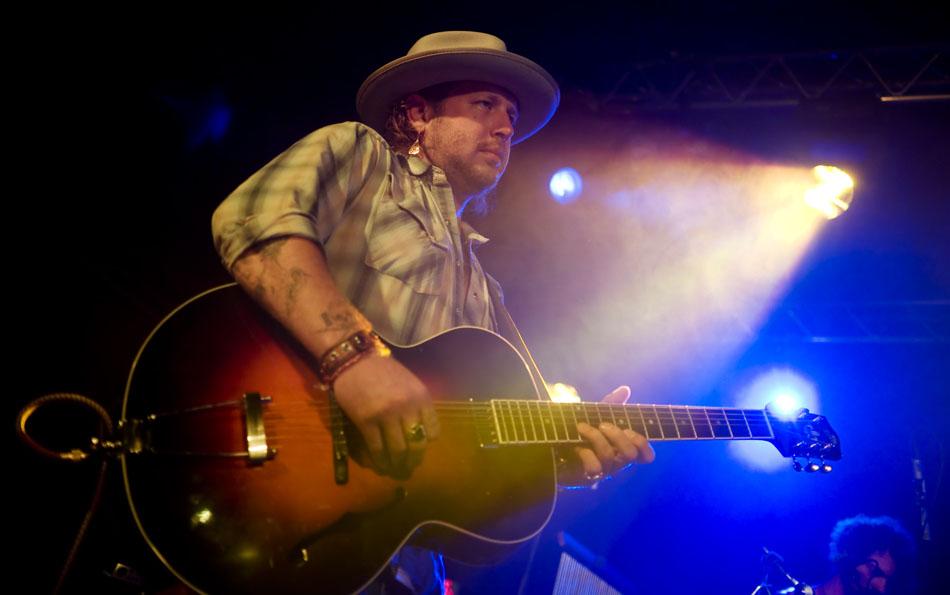 Christian Letts is the guitar player and songwriter of Edward Sharpe and The Magnetic Zeros. The band's music isn't necessarily gypsy, jazz or folk, but it still has an old-time, familiar feel to it with a modern, indie-rock twist. Edward Sharpe are on tour now, playing all over the world to sold-out crowds in support of their new album Here.

He started playing guitar because of the pioneering virtuoso jazz guitarist and composer Django Reinhardt. "When I was very young I was introduced to the sound of Django Reinhardt and it blew open my mind to the idea of speaking through six strings," said Letts. "That opened me up to the guitar and started a lifelong obsession that ultimately led to one of my favorite tattoos, the chords to Minor Swing...Am, Dm, E7."